This probably isn’t the first Whammy E7, and it’s definitely not the first (Castlebar) to feature plexiglass, but it’s the first and only Plexi-Topped-Whammy-Clavinet-E7 that we’re aware of!

The Clavinet is a rare and beautiful bird, often seen in captivity and hard to come by in the wilderness in modern times due to the pollution of the digital world. This bird is known for its groovy and articulate-punctuating tweets that often sound guitar-like to the unfamiliar ear. Its natural habitat, the funky and psychedelic wildernesses, allows it to thrive deep in the groove.

This Whammy Clavinet E7 is an even more rare breed never before photographed in the wild or captivity. Our Custom Shop installed the Whammy system and fabricated the plexiglass lid in order to offer a look at the inner workings of this incredible system. 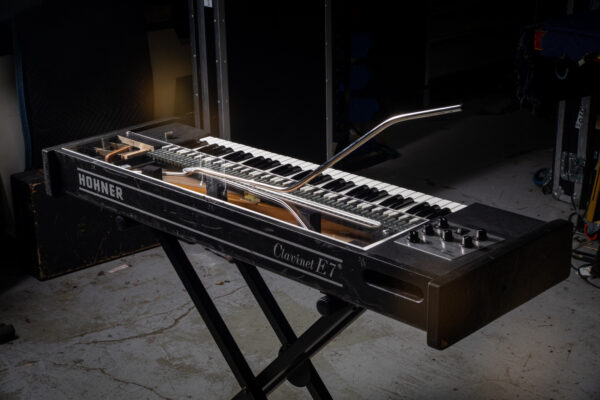 The Whammy Clavinet is an instrument unto itself that’s sure to turn heads. It replaces and modifies the bridge of the Clavinet allowing for a pitch bend that further enhances the ability of the keyboard to mimic the expression previously only afforded to guitarists. The system was first known as the “Castlebar” and is now simply the Whammy with the improved parts designed and developed by Ken Rich.

Players are often surprised by the depth of the pitch bend. When installing the system, the Whammy is calibrated so that the middle octave is raised to a whole step when fully depressed. Due to the changes in the gauges of the strings and the angle of the bridge, the degree of pitch bend is not linear across the range of the keyboard. The result is bass notes having a wider interval (as much as a fifth) than the treble (which tapers off to less than the whole step achieved by the middle octave).

The strings stay in tune better than most expect. Bending the pitch up helps the strings hold their tension more easily than if it were to drop the pitch (like a Fender Strat’s Whammy system for example). Tuning a Clavinet is as easy as tuning an electric guitar, and can be achieved with any decent digital tuner. It’s always a good idea to check the tuning before a performance or recording, and the Whammy Clavinet only needs to be tuned a little more frequently than a standard Clavinet. 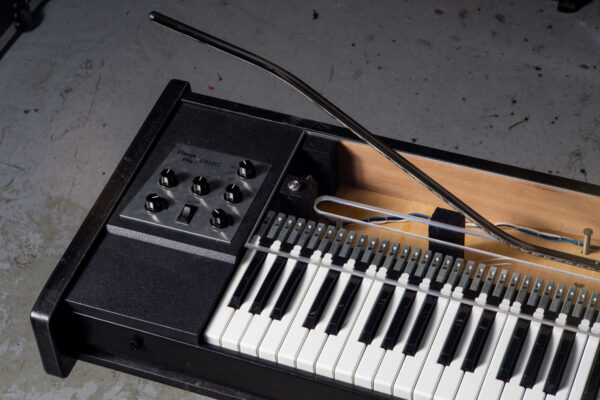 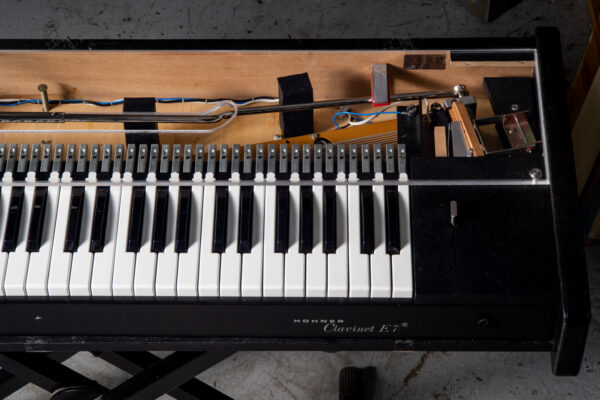 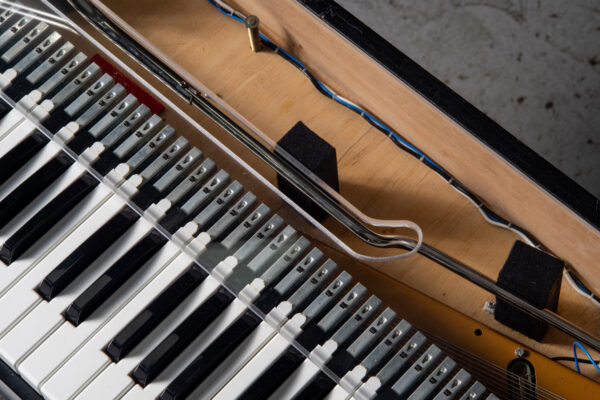 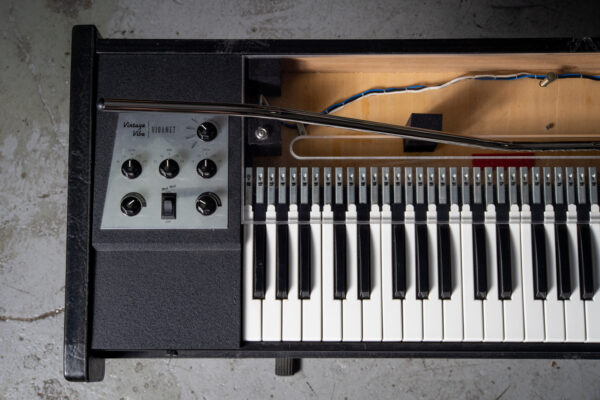 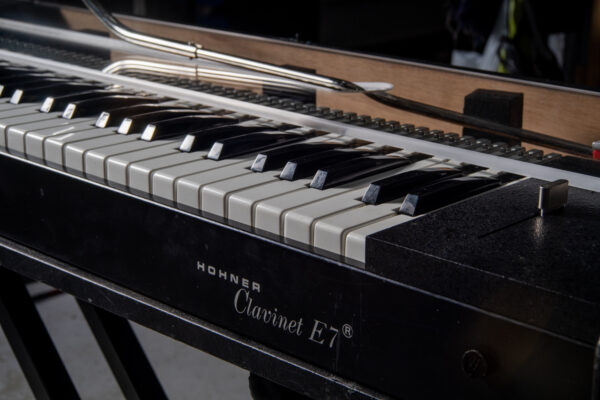 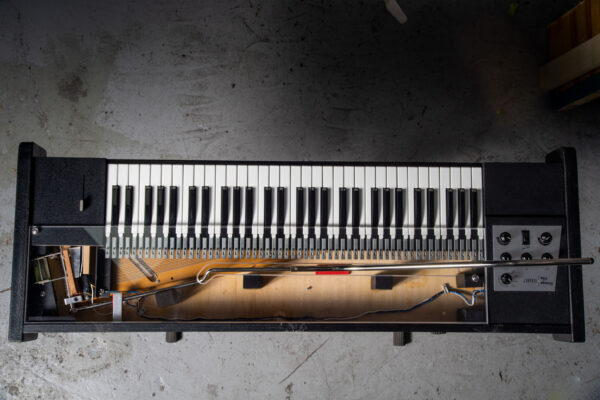 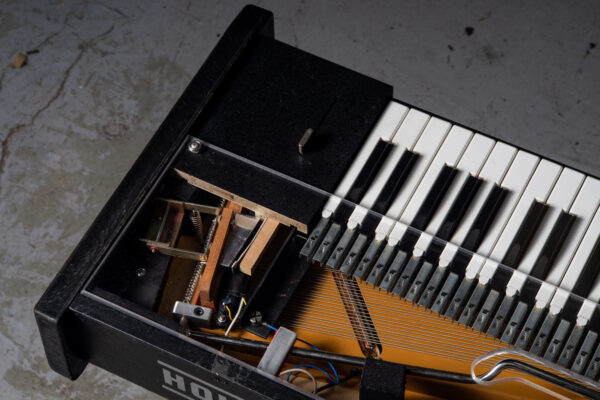 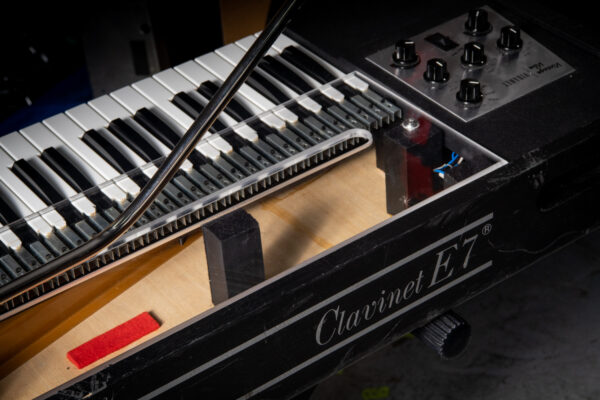 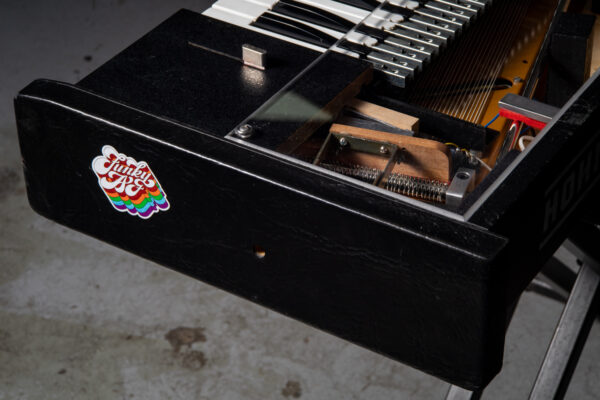 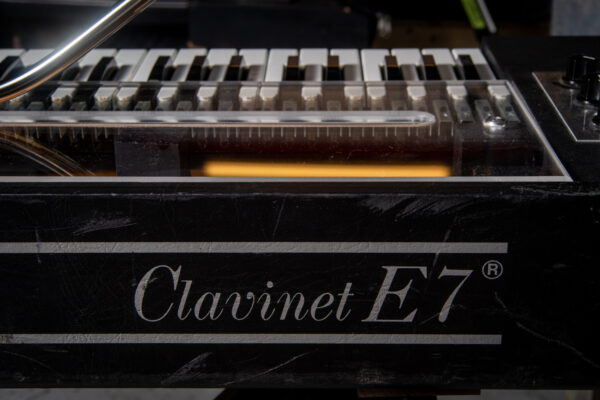