Whammy Clavinet: The Funkiest way to Funk up your Funky Funk.

This is such an incredible upgrade for the Clavinet that it should be considered an entirely separate instrument on its own. Everyone knows and loves the unmistakable percussive punch of the Clavinet, but with the added ability to bend for more expressive phrasing the whammy system opens up a whole new world of possibilities.

The Clavinet was originally designed to bring the sound of electric guitar to the fingertips of a keyboard player. Eventually a unique percussive style of playing became synonymous with this instrument. The whammy Clavinet further enhances the ability to imitate a guitar player’s expression when bending notes. From slight vibrato to full step bends, the whammy system adds new dimension to the already iconic sound of this instrument.

The whammy pitch bend is even deeper than most players first assume. When properly set up, the middle octave can be bent a whole step when fully depressed. Due to the changes in the gauges of the strings and the angle of the bridge, the degree of pitch bend is not linear across the range of the keyboard. The result is bass notes having a wider interval of pitch bend (as much as a fifth) than the treble (which tapers off to less than the whole step achieved by the middle octave).

Everyone asks us “how well do they stay in tune?” Good news: it stays in tune much better than you’d expect. As with guitar whammy bar systems, bending the pitch up helps the string hold its tune more easily than whammy systems that lower the pitch. Tuning a Clavinet is as easy as tuning an electric guitar, only on a much larger scale. It’s always a good idea to check the tuning before a performance or recording, and the Whammy Clavinets only need to be tuned a little more frequently. 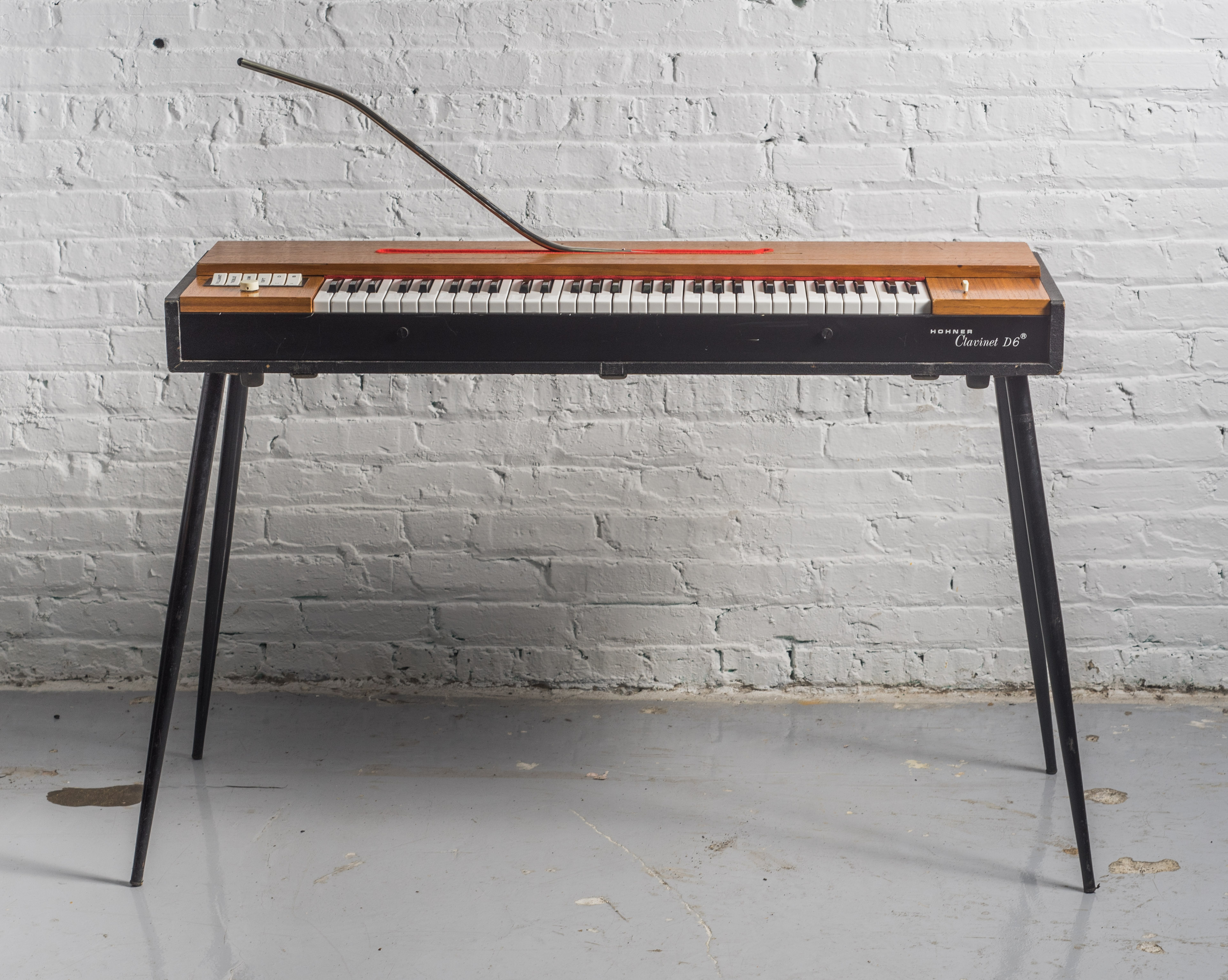 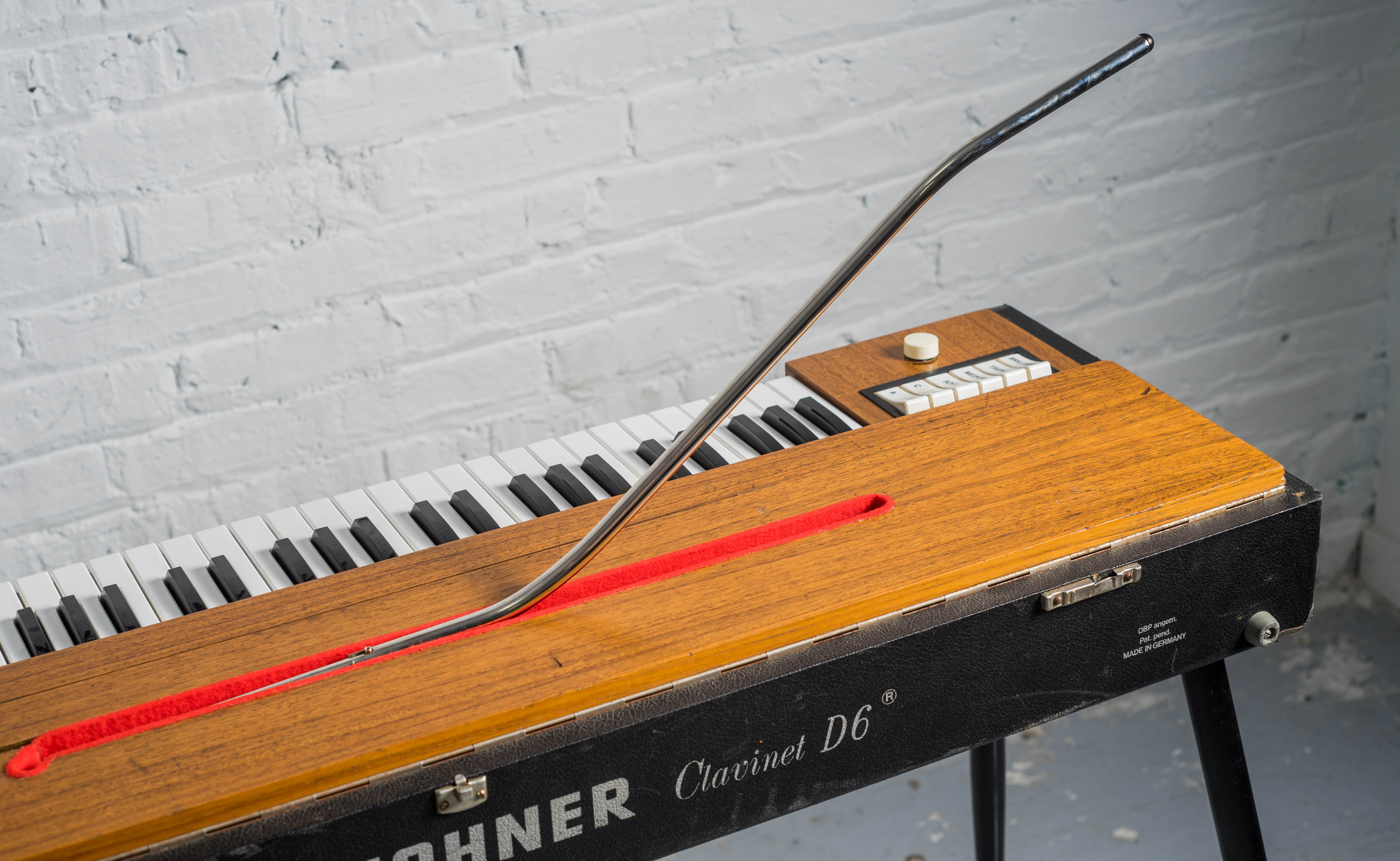 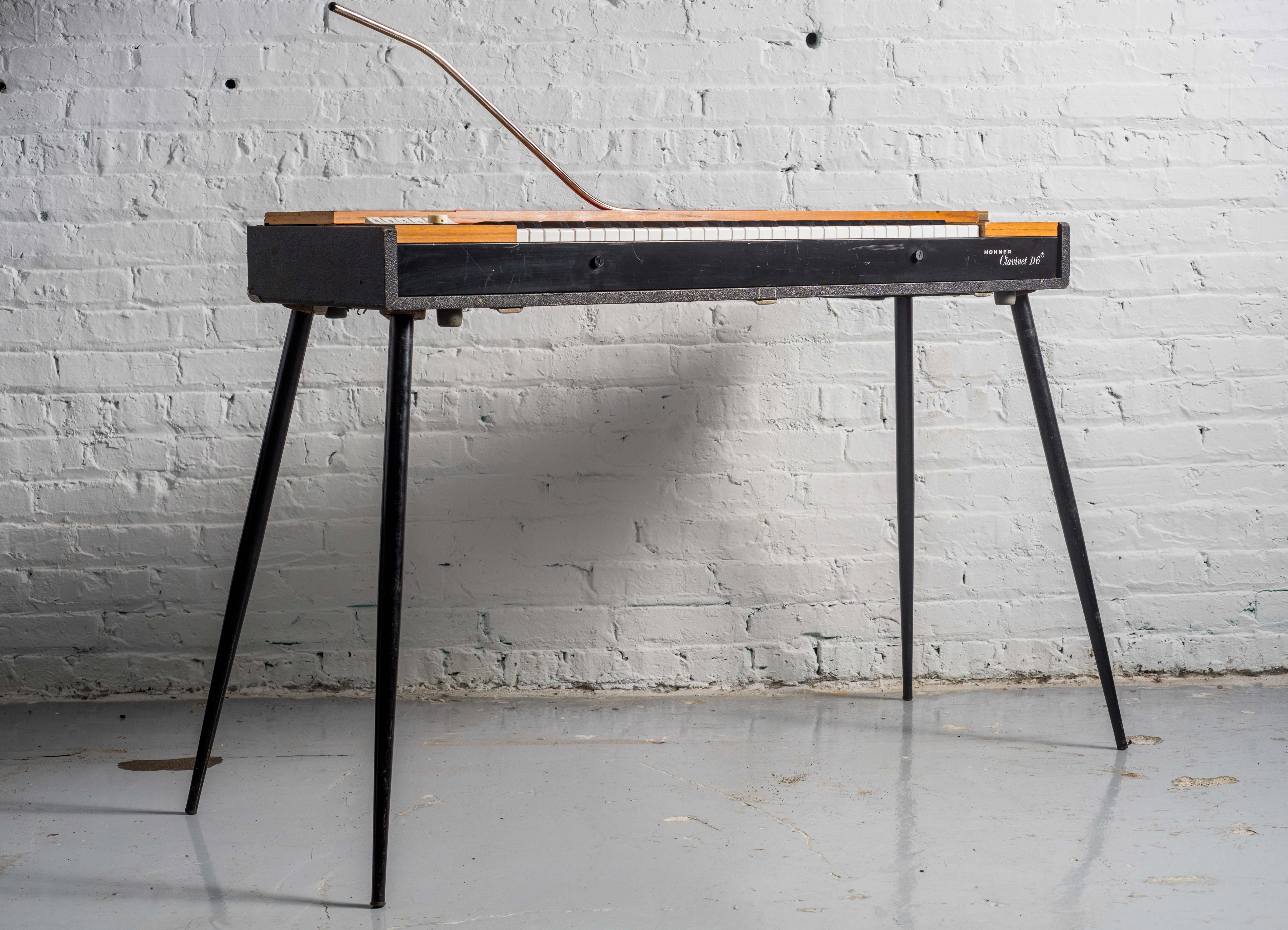 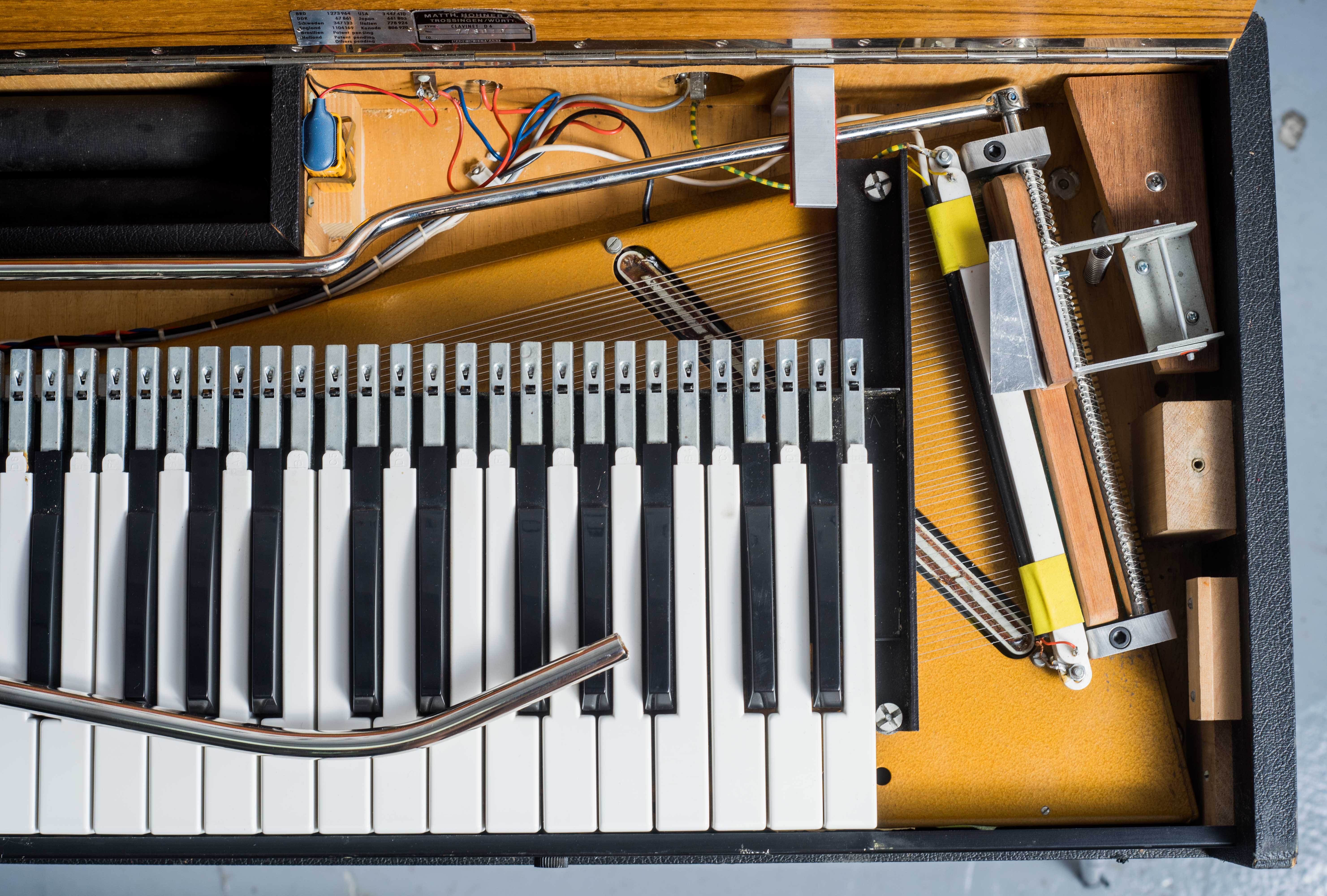 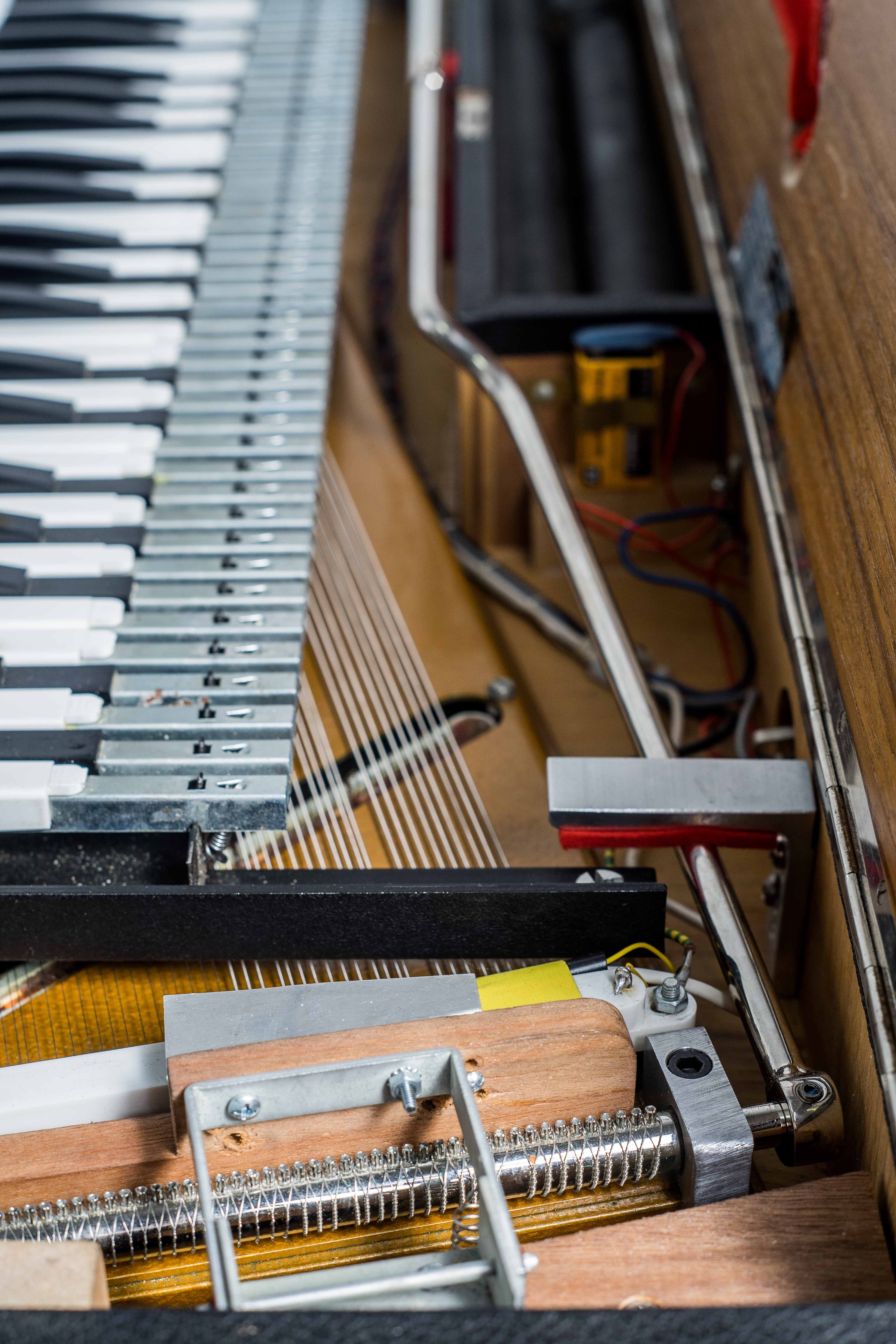 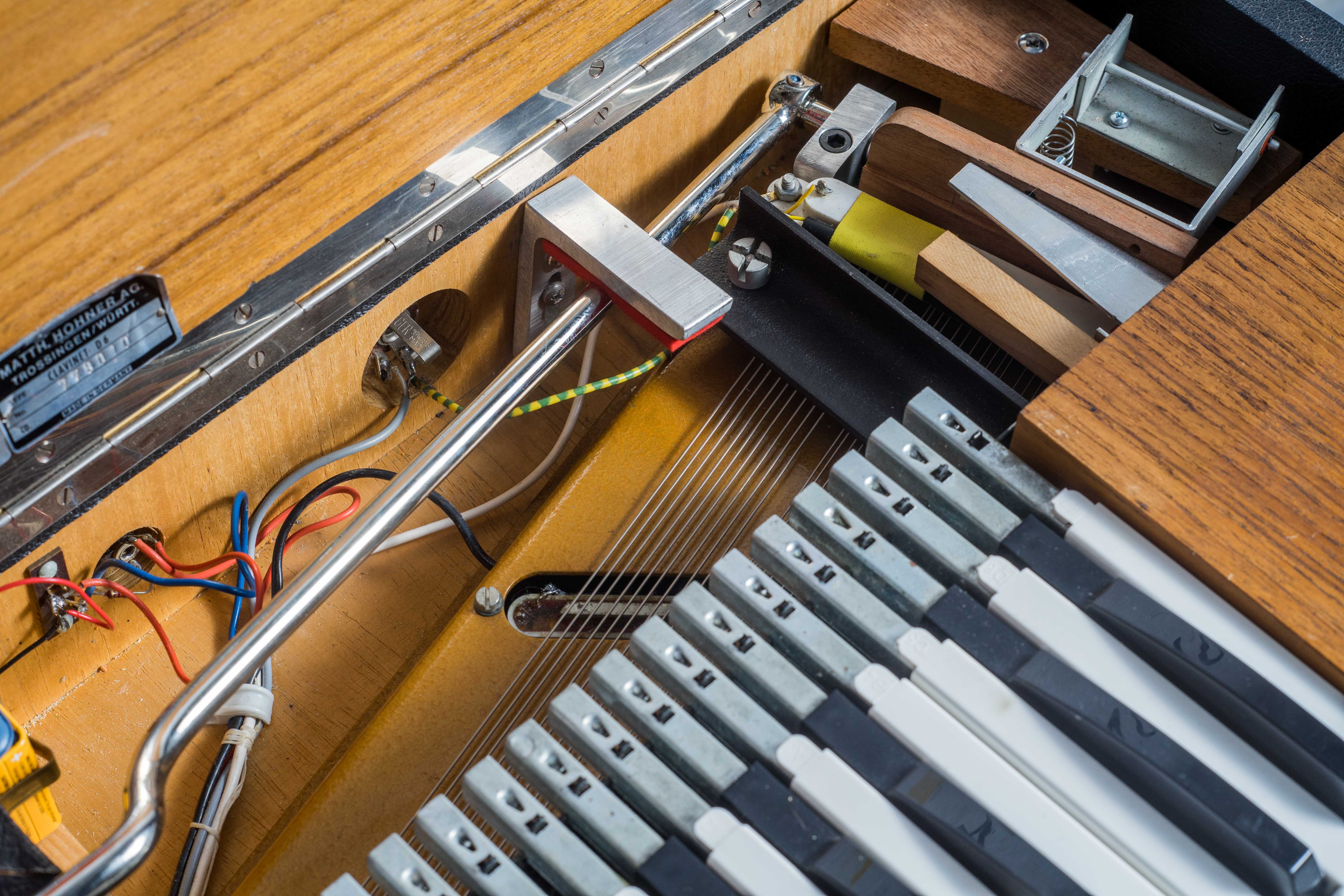 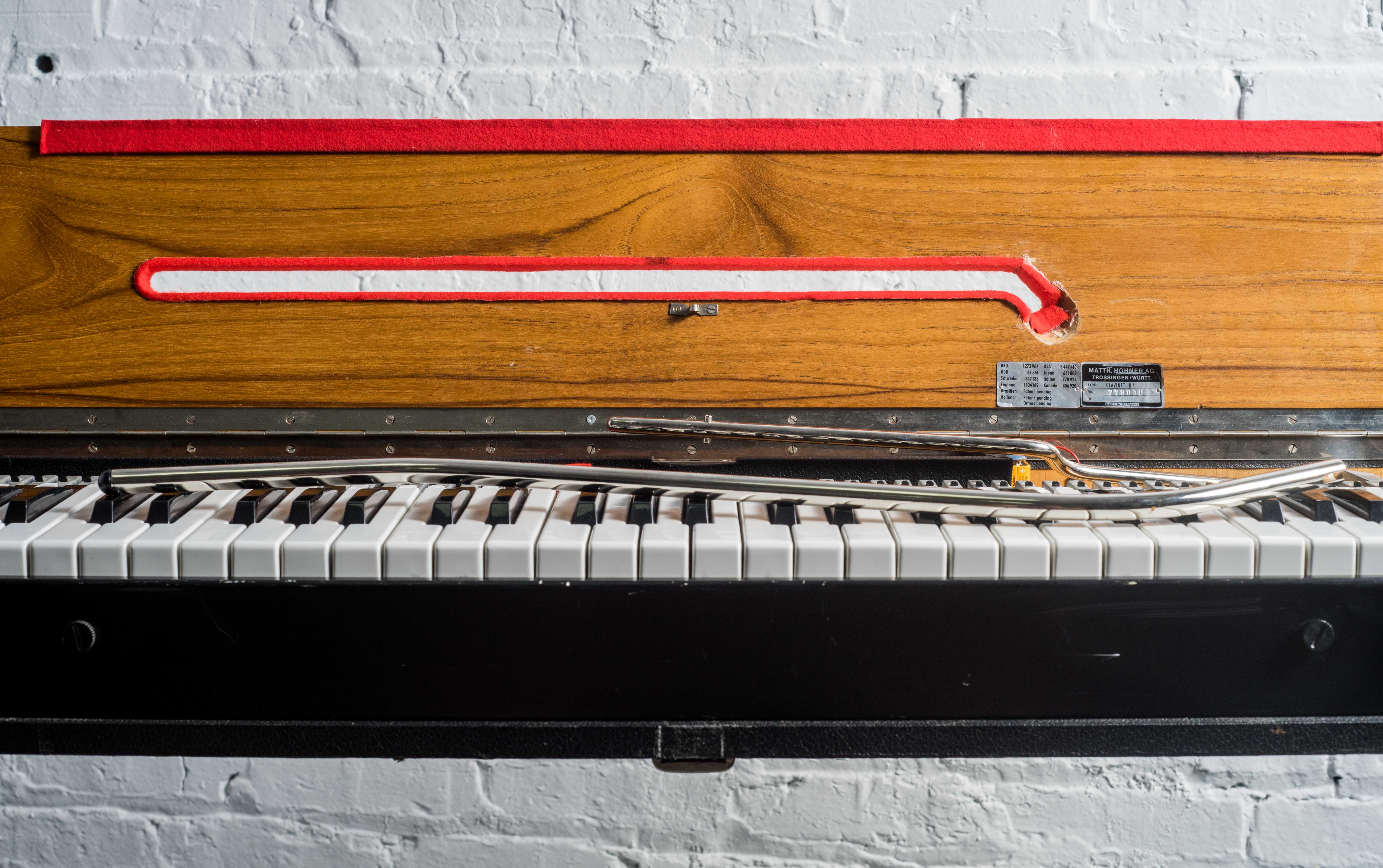 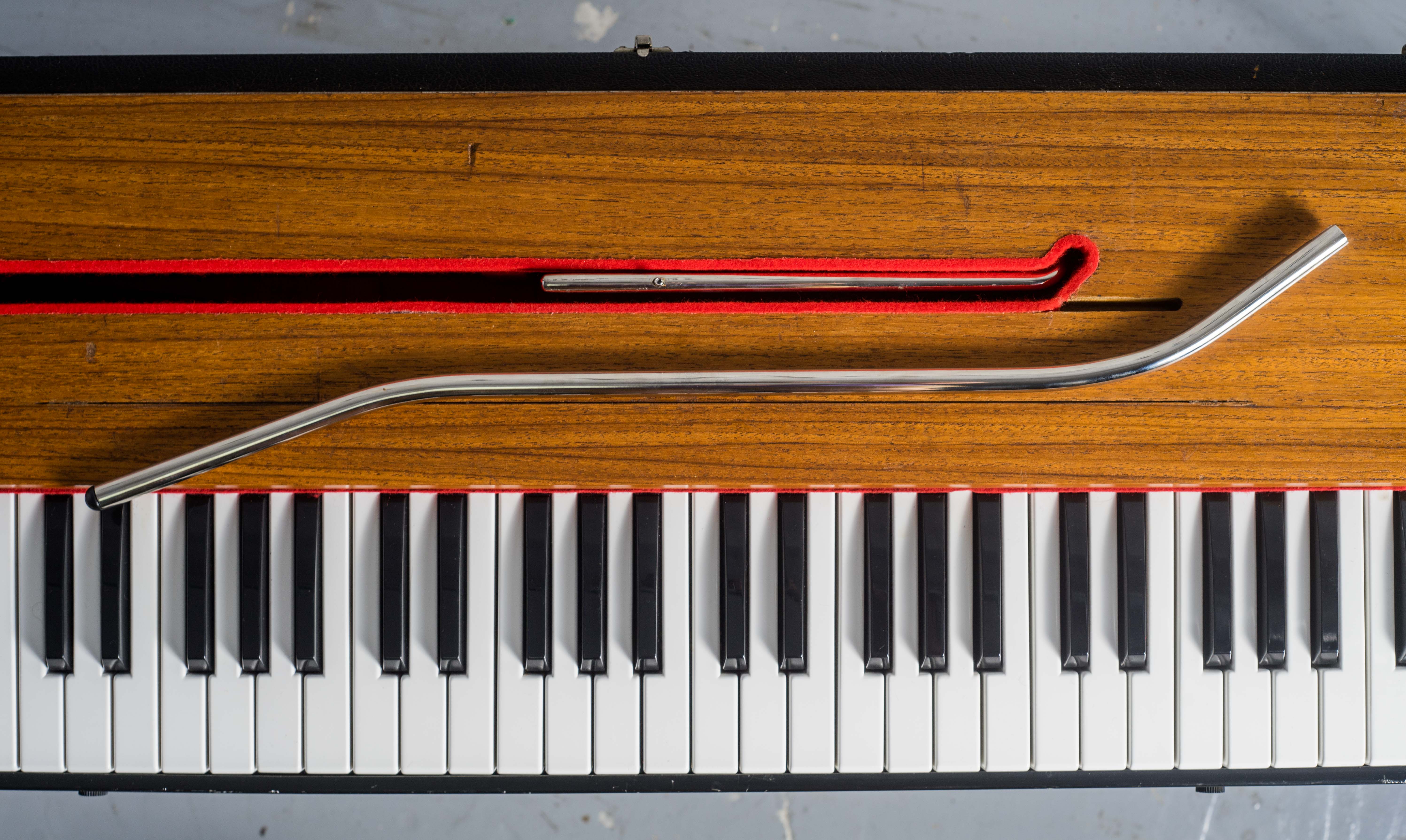 One of the most famous examples of the Castlebar Clavinet was installed on George Duke’s plexiglass Clav:

…Never mind that the title of this video calls it a “synth.”

It can also be passed off as pedal steel:

Think you could have identified that as a Clavinet without the video???

So who the hell came up with this damn thing and how can you find one?

The original Whammy Clavinet was designed by Buddy Castle and was dubbed the “Castlebar Clavinet.” Original Castlebars are rare breeds and we are unsure how many were manufactured and installed. Today, the part is being manufactured by Ken Rich with a few improvements that he made reverse-engineering the original design. You can learn more about Ken’s product here.

Whammy Clavinet services require a complete restringing of the instrument and a route cut professionally into the lid of the instrument. It is not a recommended as a DIY installation by someone unfamiliar with the Clavinet’s setup or without woodworking experience. An alternative to cutting the original lid would be to make a custom top, which is something we can build fairly easily in our woodshop. If you are interested in having a whammy installed in your Clavinet or added to one of our restorations please contact info@chicagoelectricpiano.com. 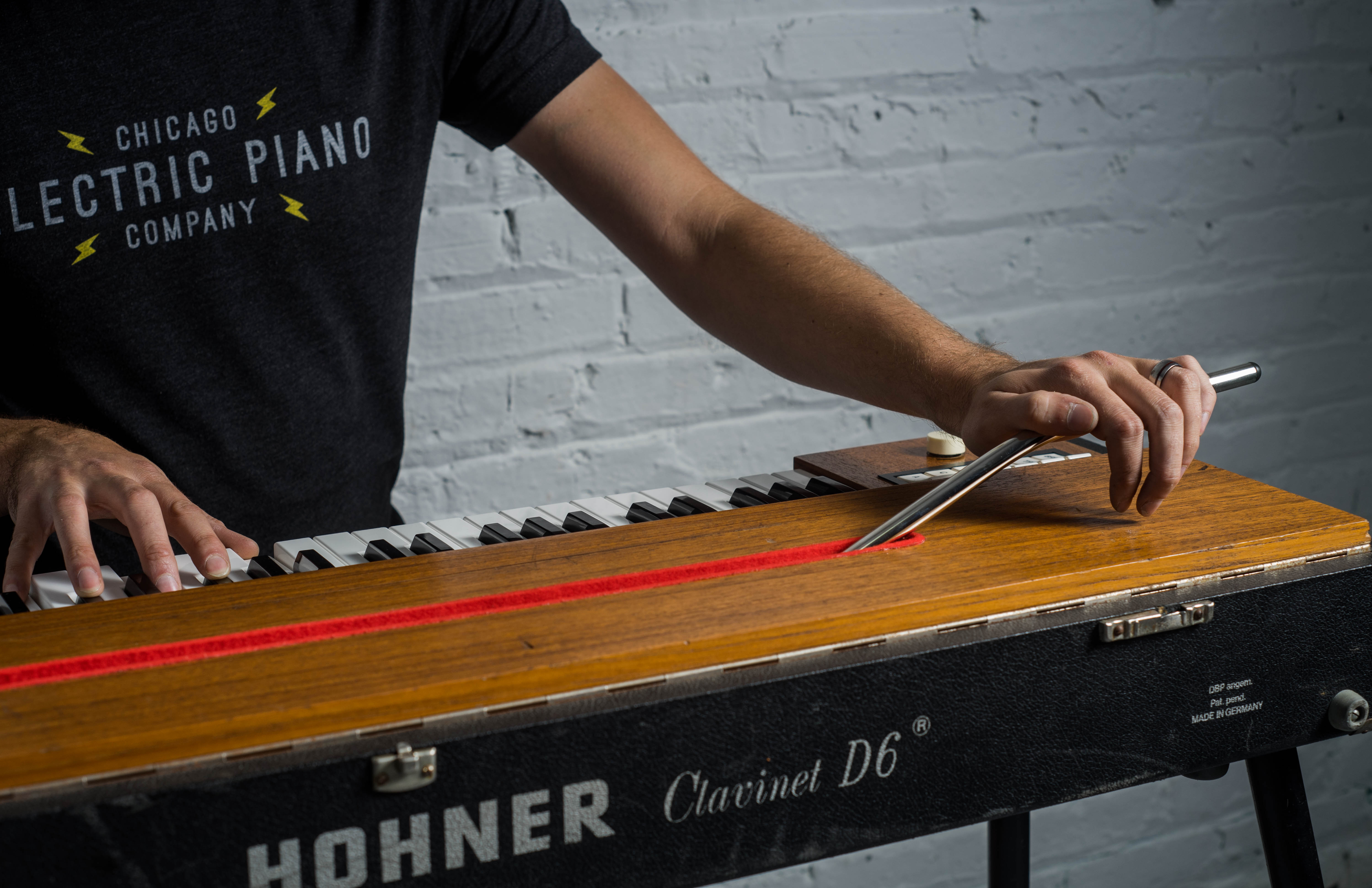