You sure don’t see a rare breed like this every day! Here’s a “Rhodes Electronic Piano” from the ARP Synthesizer era circa 1983. Along with the Rhodes Chroma, also designed by ARP, this era of production was a huge departure from the electro-mechanical Rhodes pianos of the 60’s and 70’s that most people associate with the Rhodes name.

In fact, Harold Rhodes himself was reportedly furious when a Rhodes advertisement suggested that the synthesizer captured the essence of the piano that bears his name. 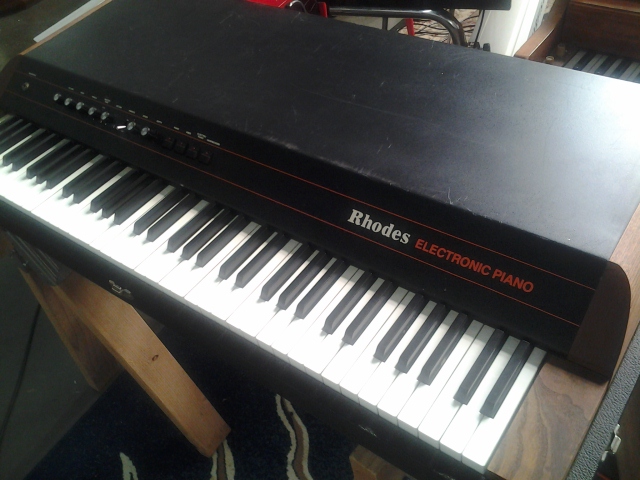 To Harold Rhodes’ defense, the “electric piano” emulator doesn’t come close to the sound of a piano. In fact, nearly twenty years later there still is no synthesizer or digital piano that does the Rhodes or Wurlitzer sound any justice until you account for the convenience of carrying your Nord to a gig. Regardless, it has its own charm–especially its dated 80’s vibrato circuitry.

The Electronic Piano’s final design was a curious hybrid of the Rhodes piano’s action and synthesizer technologies of the early 1980’s. As you will see in the pictures below, the keys of the piano are wood and extend through the piano to give it a much more expressive feel than the ‘sawtooth’ keys of a Moog or other synths of the same time frame. 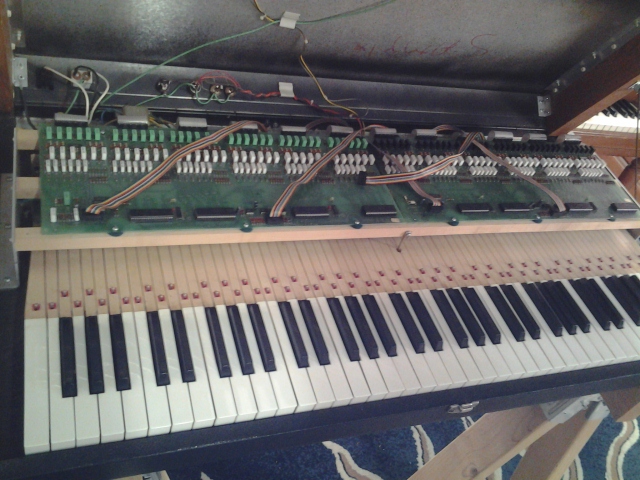 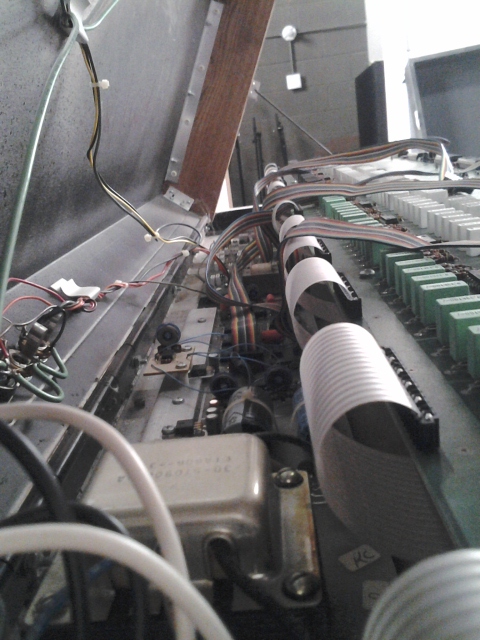 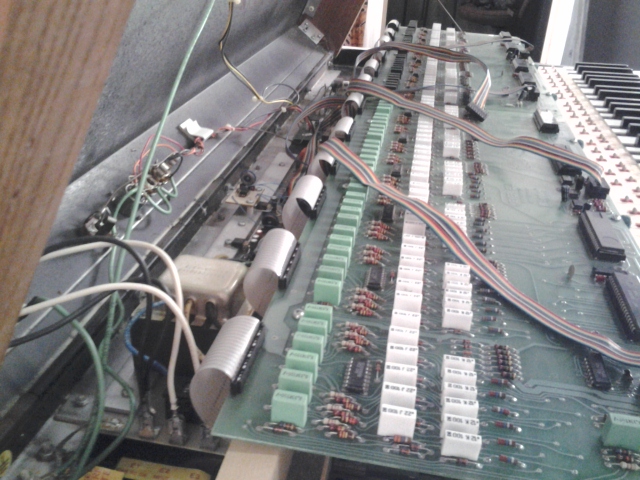 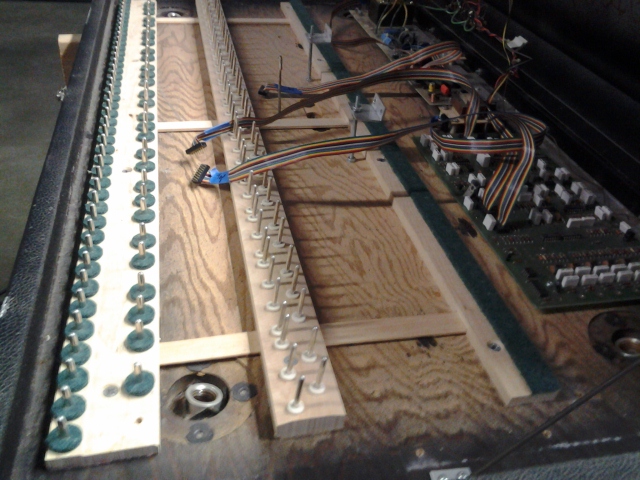 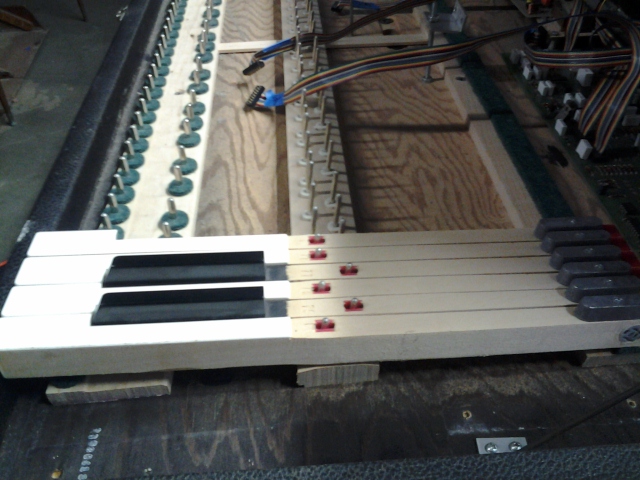 Most of the issues with the Rhodes Electronic Piano were solved by cleaning the contact points of the terminal strips that connect the patches with the amplification and trigger switches. Also, some of the switches themselves were in need of better alignment. 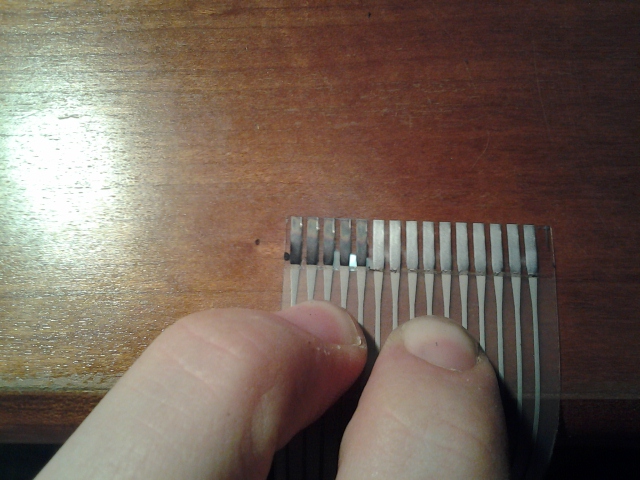 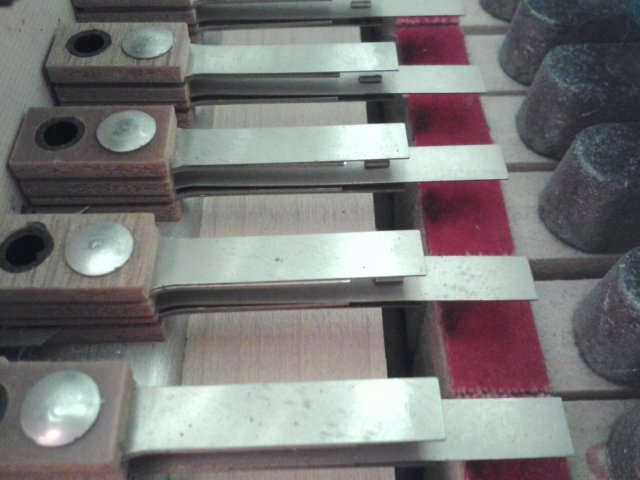