Up for sale is this Customized MIDI Rhodes Mark I Suitcase 88, restored by The Chicago Electric Piano Company. This piano is upgraded to 11 with all new tolex, hardware, premium white and ebony key caps, upgraded hifi op-amps, custom black sparkletop, and MIDI output. The piano is from the later part of Mark I production just before the crossover to the Mark II.

As you have come to expect with our expert restorations, this Rhodes plays and sounds as good as it looks! Our goal was to restore this Rhodes true to the sound and look of the classic Mark I production period with a few modern upgrades. With the MIDI system installed, this Rhodes makes a bridge between vintage and modern keyboards. 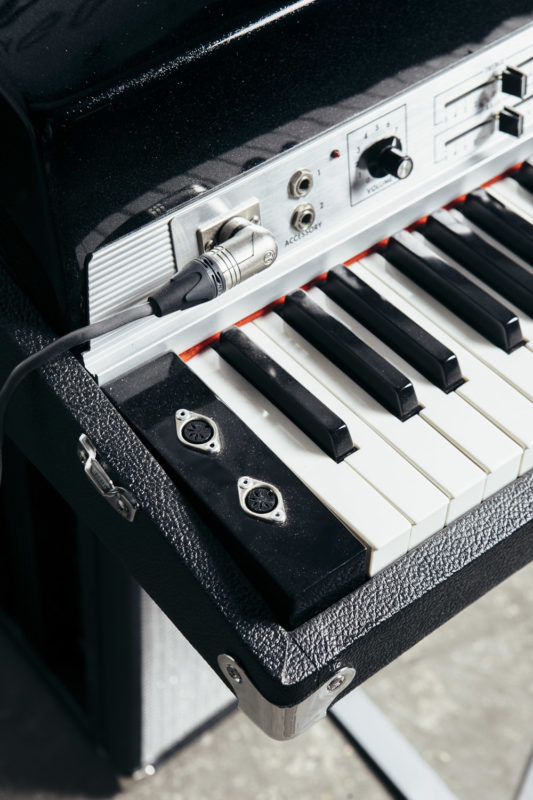 The MIDI system used in this piano is the PNOScan by QRS Technologies. The system was originally designed for acoustic pianos and utilizes optical sensors positioned beneath the keys on the key bed to translate the motion of the keys (and sustain pedal) into a MIDI signal.  From the motions “seen” by the optical sensors the MIDI signal can then control whatever device you would like. Its signal is independent from the Rhodes’ output so the two signals can be used separately or blended together. The optical sensors have an unbelievable dynamic range and the best part is that they do not interfere with the Rhodes’ action to generate the MIDI signal. The sonic capabilities of this combination are endless!

The action of this piano was restored with all new key caps that look stunning and feel terrific. A detailed key bed leveling and action assembly regulation is a key factor of our restoration process and this Rhodes plays with an optimized dynamic range. The tone bar grommets were replaced with Retro Linear Grommets which stabilize the notes’ voicing and sustain. We also replaced the hammer tips of this Rhodes with Vintage Vibe graduated hammer tips which were used in the late Mark I and Mark II production periods. 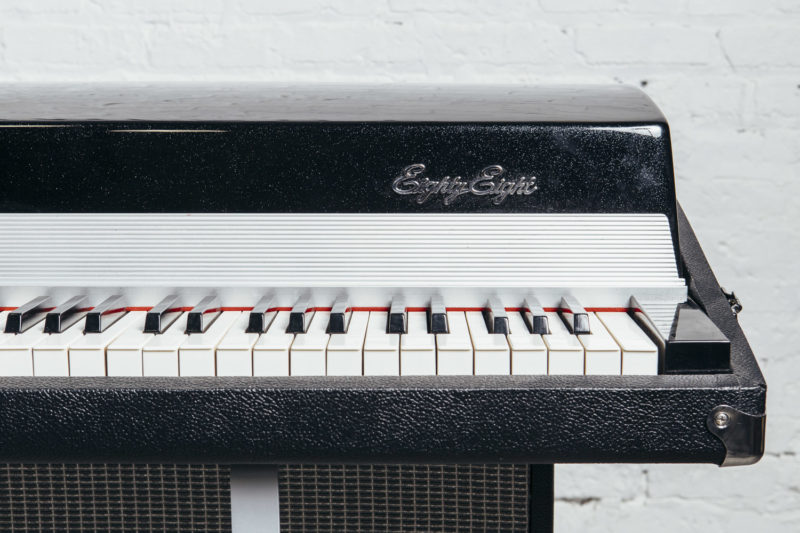 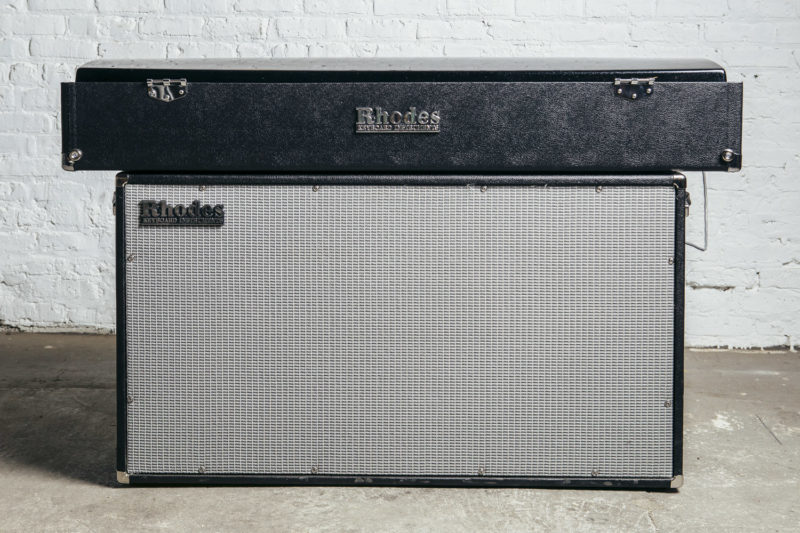