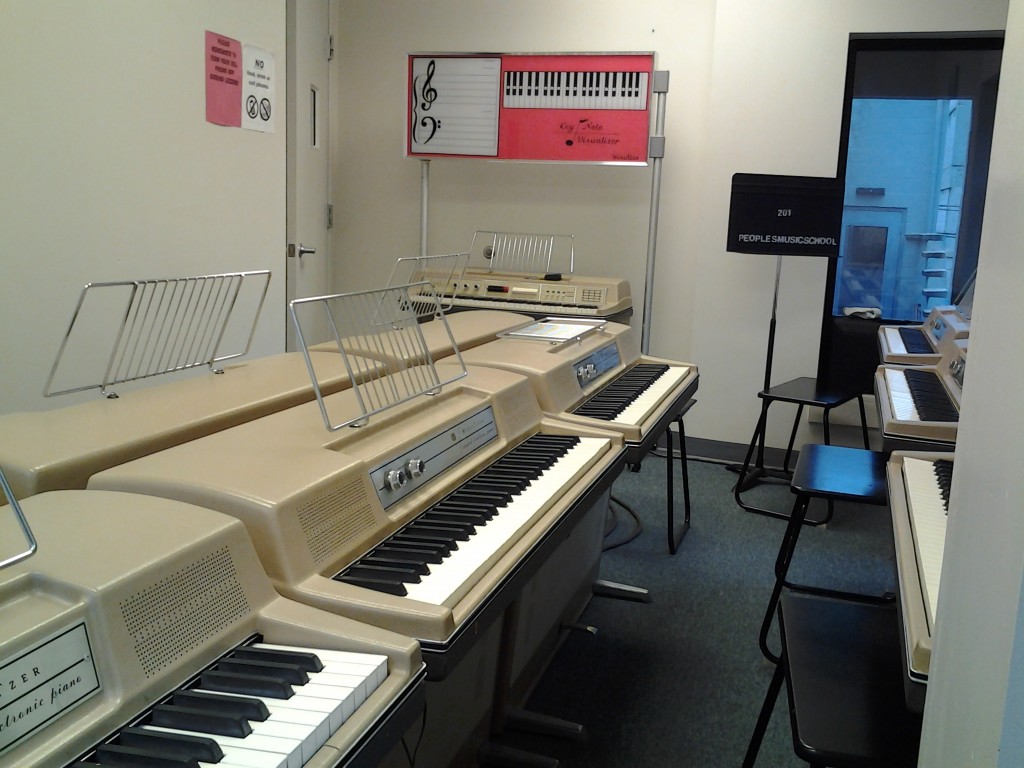 These days, more than half of the Wurlitzer Student models that are serviced by our shop have been chopped into pseudo 200a’s (and yes, we are even guilty of helping to carry out the operation properly–more in a later post). It’s fairly rare to find them intact, yet just last February I had the pleasure of sitting down with nine intact 206a’s as well as their 207 Instructor Console counterpart at The People’s Music School in Uptown.

So the question lies, were Wurlitzers from the late 1970’s better off living the rock and roll dream or bearing the abuse of decades of children’s piano lessons?

These pianos were purchased by the People’s music school back before anyone currently working there can remember. They were believed to have been purchased in the late 70’s or early 80’s. (Of course, not a single date stamp was found on a single one of the ten pianos)!

Aside from being long overdue for a tune up, these pianos were in phenomenal shape! Take a look: 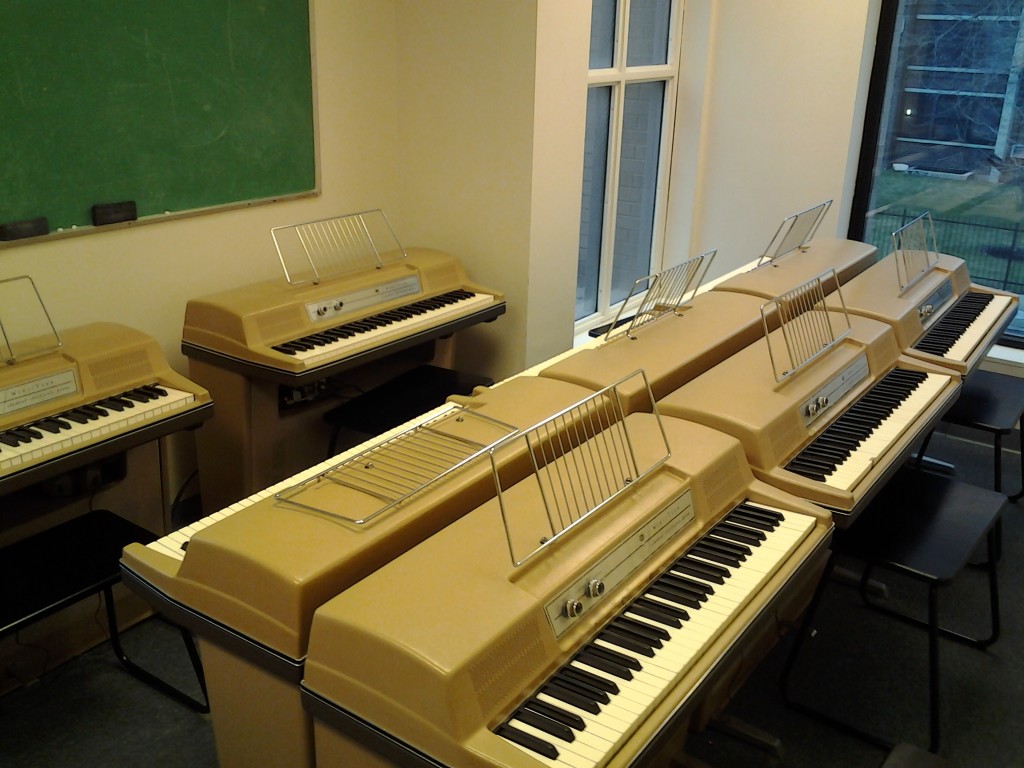 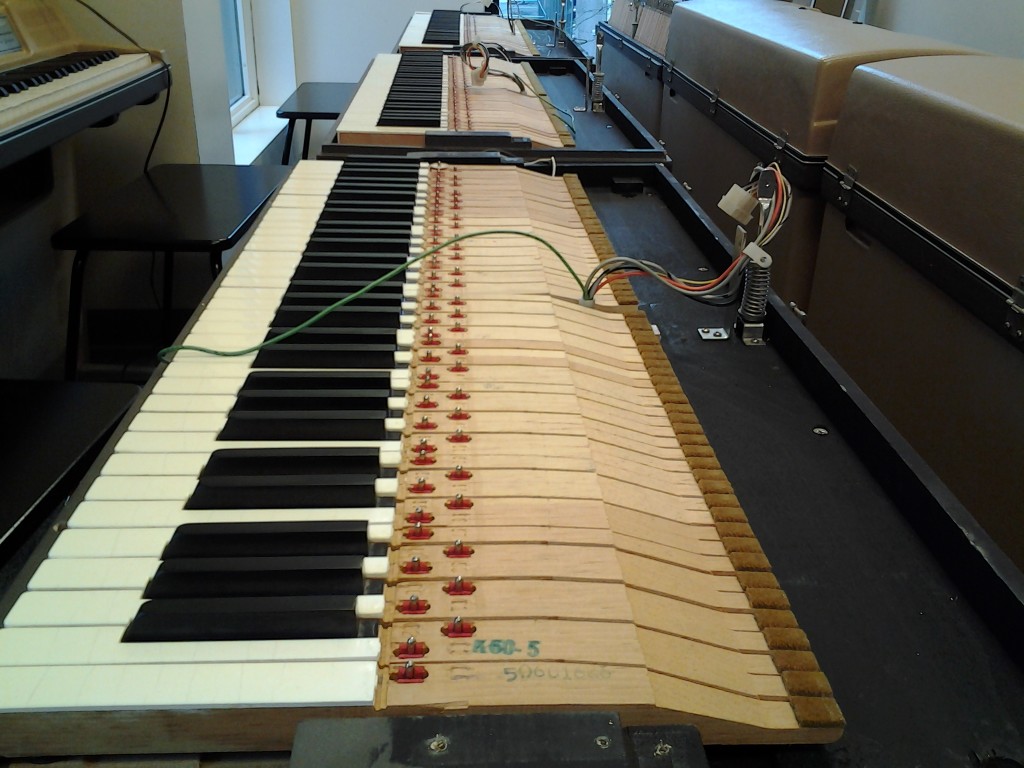 Under the hood of the Wutlitzer 206a 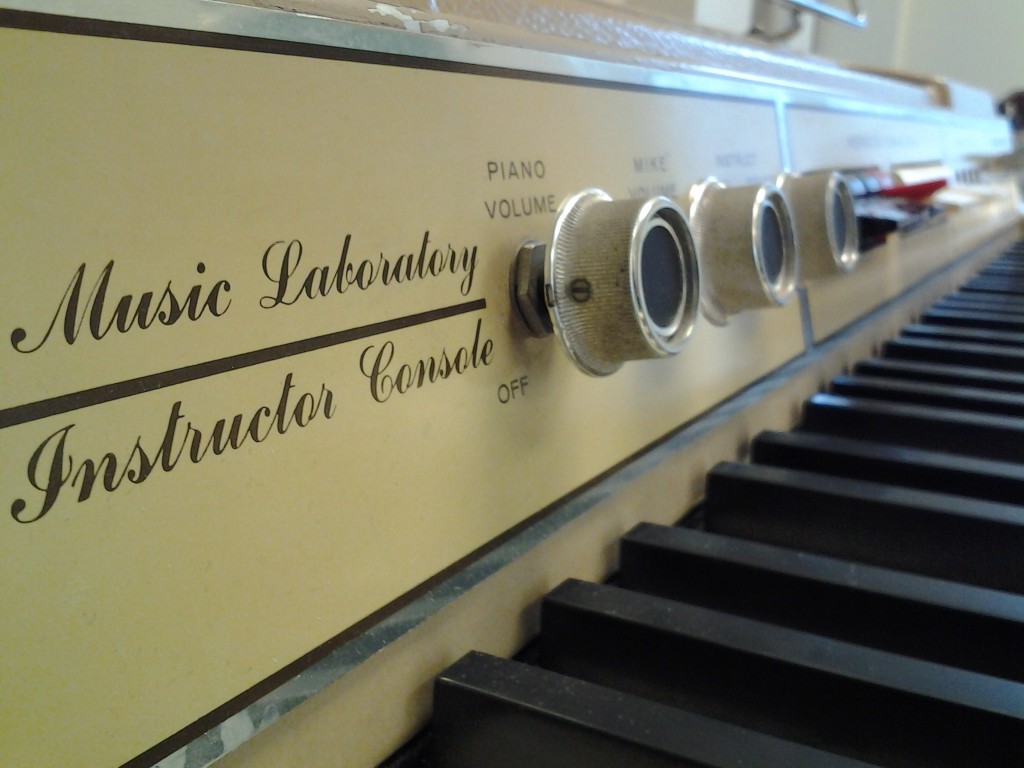 As if the pairing of Student 206a’s and Instructor 207a wasn’t enough, we were also able to bring life back to the Keynote Visualizer! This was the first time that our shop was able to experience it live. 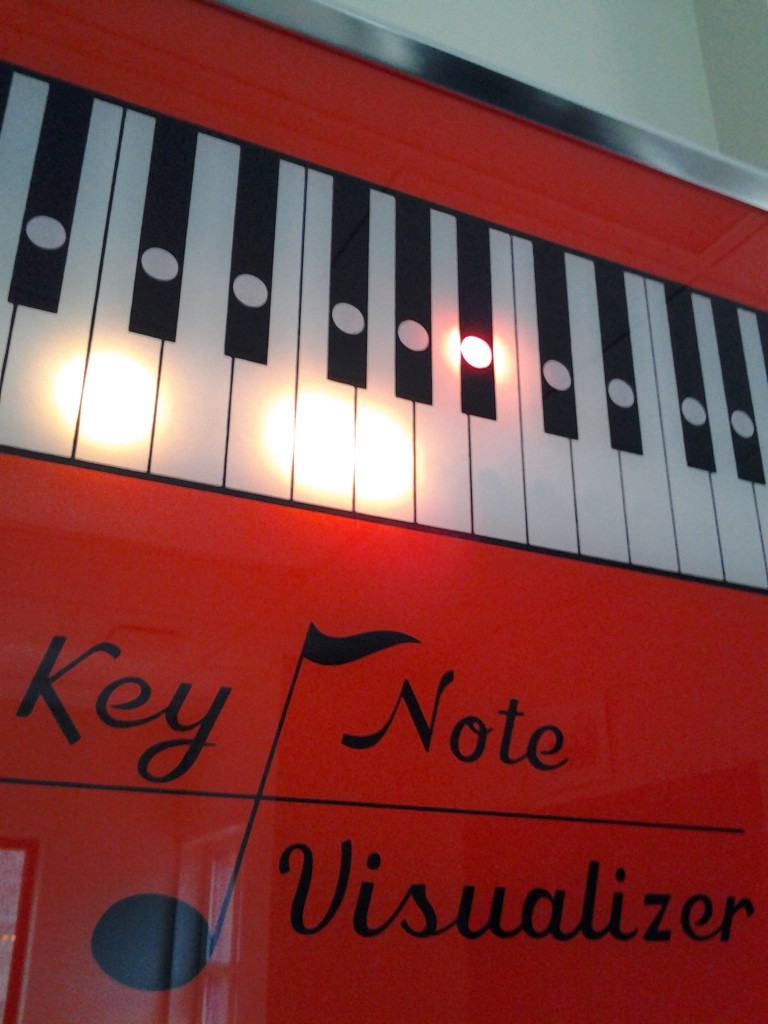 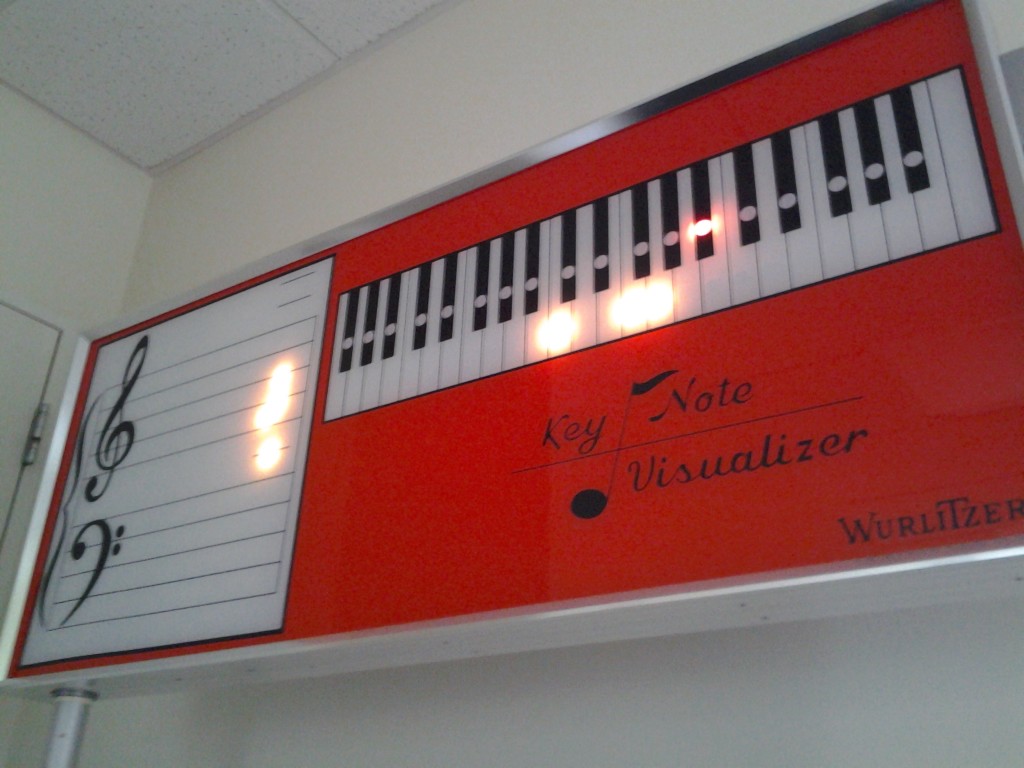 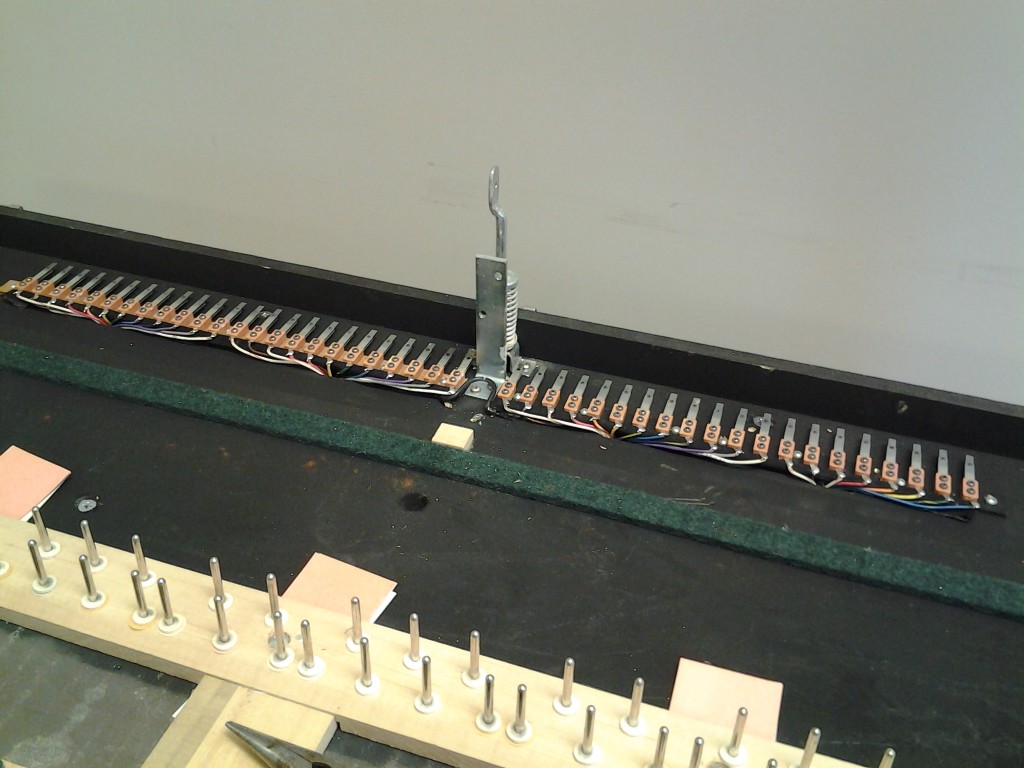 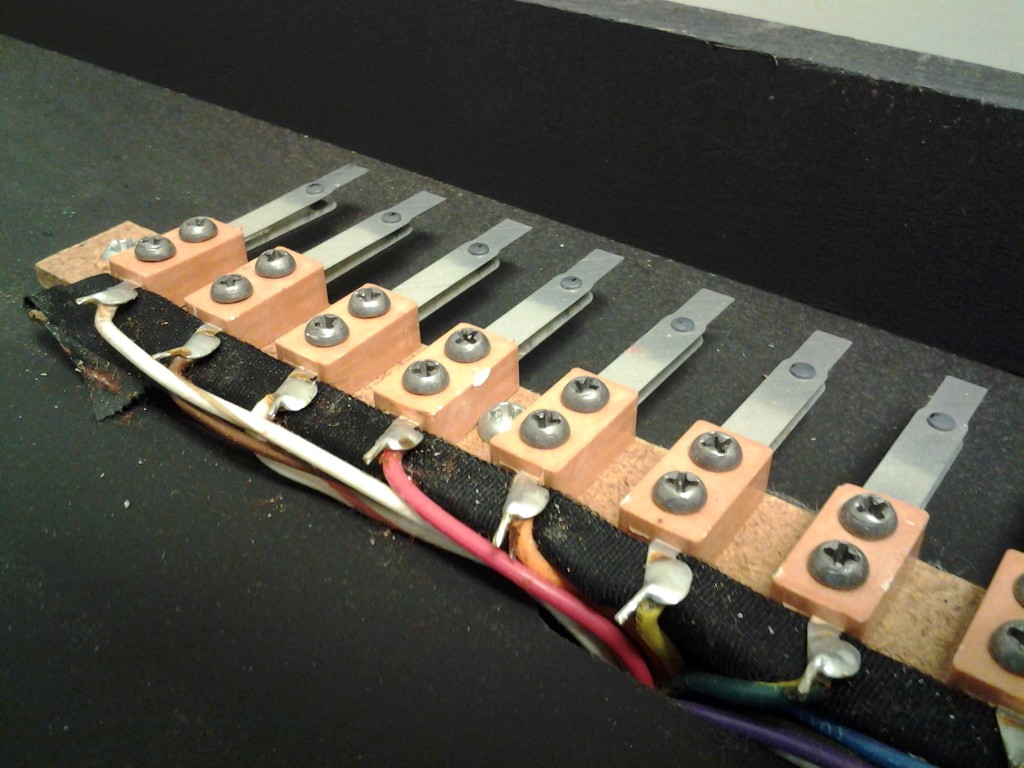 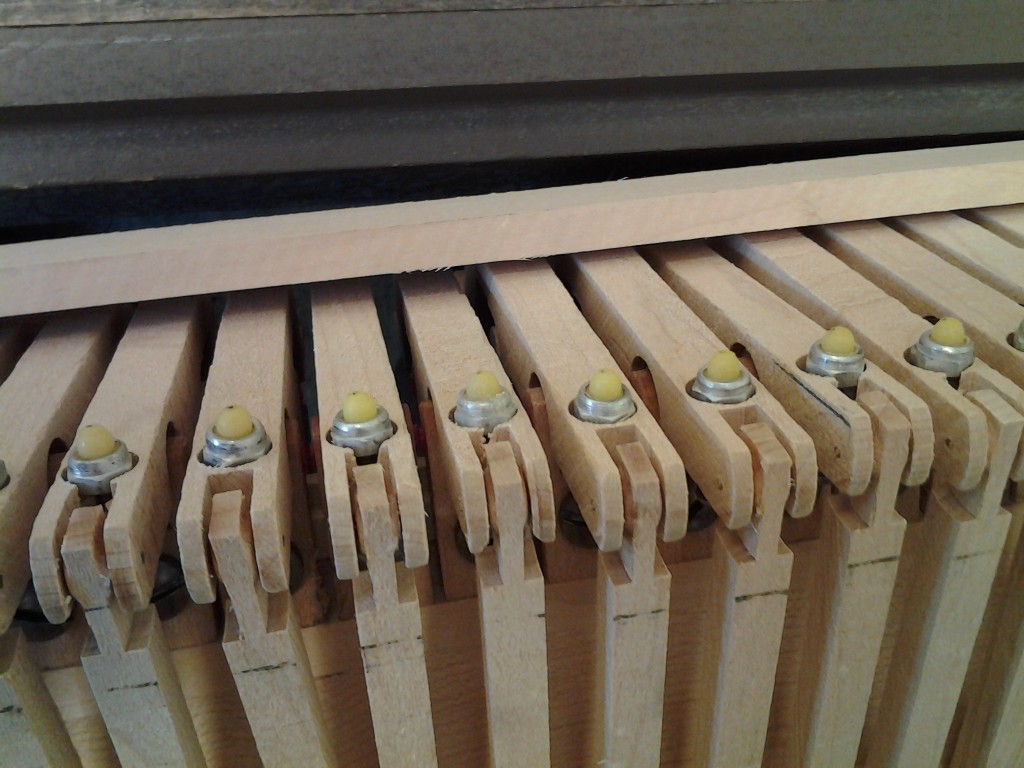 Under the whip assembly

The controls of the The Wurlitzer Key Note Visualizer are also quite simple. With the selection of a few switches on the side of the Visualizer, the instructor can choose between whether the black keys are displayed as sharp or flat depending on the key signature, and whether it is displayed on the staff, the keyboard, or both. 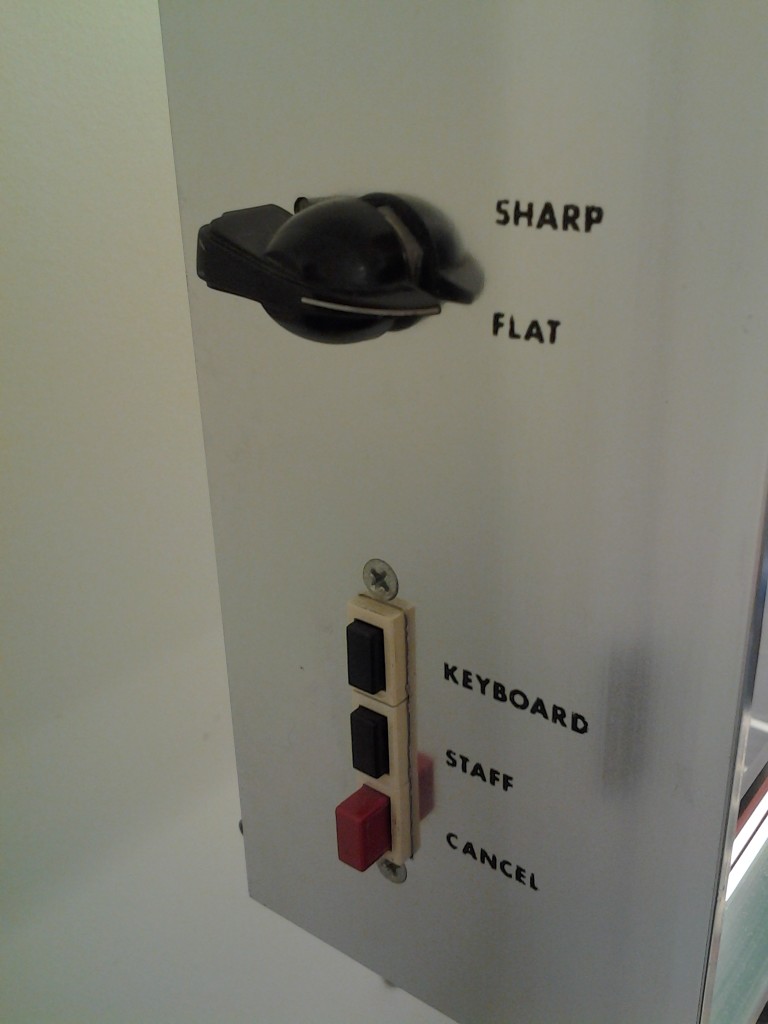 And there you have it: The People’s Music School’s Wurlitzer Classroom is a rare breed indeed.

And the final verdict, you ask? Children exhibit far less abuse than the a Wurlitzer adopted into the rock and roll lifestyle.